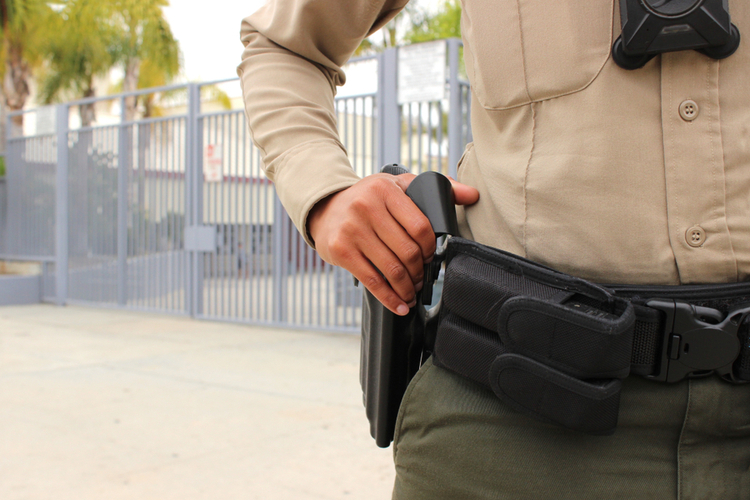 Nothing can compare to the importance of keeping our kids safe at school. The purpose and consequences of having skilled security professionals on-hand to ensure safety in our schools are paramount.

Due to the recent increase in school shootings over the past few years, the demand for school security solutions has never been higher. In some districts around the nation, the employment of security officers outnumbers the hiring of student counselors. While both roles are vital to support the highest-quality learning environment, the growing demand for professional school security shows the gravity of our current situation.

Which School Districts Are Increasing the Number of Hired Security Officers?

Some of the largest school districts in the U.S. are increasing the number of security officers they employ, including:

What are the Duties of Security Officers at Schools?

Most importantly, a security officer’s primary duty is to make the students and faculty feel safe.

School security officers should have a sound knowledge and understanding of the school district’s local laws and procedures. That enables them to respond effectively to whatever problems might arise on campus. From violence to property damage, theft, or a life-threatening emergency, the proper training is paramount for those employed in this role.

Security officers working at schools should have the skills and ability to handle situations dealing with children – especially those with special needs. The 74 Million non-profit organization has explained that a high number of security officers receive very little training on dealing with children who have special needs and that most states don’t have specific laws in place outlining what this training should look like.

Reasons Behind the Increased Number of Security Officers at School

Schools employ security personnel for a variety of reasons. Simply having security officers visible on the property can be enough to deter bullying, violence, and fights between students. A significant factor in the higher demand for school security officers correlates with the growing amount of violence and school shootings that have spiked in the last couple of years in the United States.

CNN reported last month that in the 46th week of the year, there had been 45 school shootings. These include elementary, middle, and high schools in addition to colleges and universities. To think that almost one school shooting occurred per week for most of 2019 is alarming, and enough reason to demand an increased amount of protection for students and staff on school property.

How to Become a Security Guard