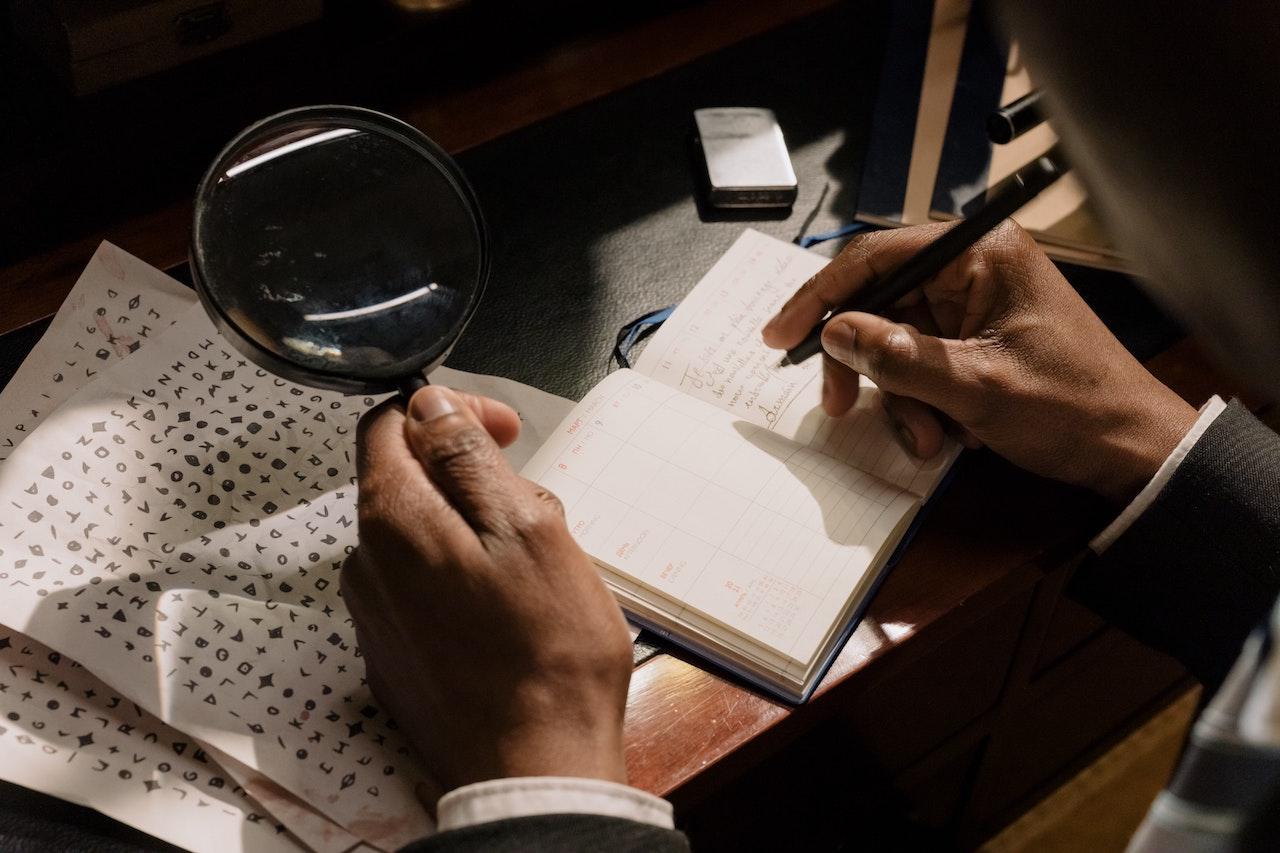 If you’ve ever been curious about what private investigators are describing when discussing a case, we’ve got a few of the words that you should be familiar with. These terms are especially important to know if you have future career aspirations to become a private investigator – so let’s get into it! In this blog post, we will go over 10 detective terms that every private investigator should know.

An affidavit is a written statement that is sworn to be true under oath or affirmation that can be used as evidence in court. When using an affidavit, you’re claiming that the information in the written document is true to the best of your knowledge. An affidavit must be given voluntarily, otherwise, it cannot be used.

Bail enforcement, also known as bounty hunting, is the act of apprehending someone who has failed to appear on bond or bail so that they can go to jail or to court. In many states, this can only legally be carried out by a licensed bail enforcement agent or bounty hunter.

Embezzlement is the misappropriation of assets in a company by someone to whom those assets were entrusted. For example, if the accountant of an organization allocates some of the company’s earnings to their own bank account, this would be considered embezzlement.

A felony is a crime that is considered very serious and usually involves violence by the individual(s) who commits the crime. Some examples of felonies include kidnapping, arson, burglary, murder, and drug abuse.

A misdemeanor is a crime that is considered less serious than a felony and typically results in lesser punishments. Some examples of misdemeanor crimes include shoplifting, trespassing, and disorderly conduct.

A pretext is a justification that someone gives for an action to hide the real reason they are doing something. In an investigation situation, a PI might have a pretext to do something to gather more information about a subject in case the subject suspects that they are being investigated.

Skiptracing is the process of finding a person that has gone missing, is lost, or is hiding. There are a number of reasons that a PI may want to find someone, including finding a missing relative, a person who is evading the law, or to locate someone who is a person of interest in a case.

Going undercover is the act of concealing one’s identity with a disguise in order to gain information or the trust of a suspect during an investigation. For example, a police department may send an undercover agent to act as a minor to purchase alcohol from a store that is suspected of selling to underage patrons.

Tips for Testifying in Court: How to be an Effective Witness

How to Create a Building Security Plan